Ceiling blocks only have one input parameter called "Number", which is the number that we would like to round up. The logical data type for this parameter is decimal.

As with all block types in the Math category, Ceiling blocks are non-executive blocks, which means that they have no yellow connectors, and thus they are never called explicitly by other blocks, and they themselves cannot call other blocks. Instead, they are called implicitly whenever their output is required as an input by some other block that is executing. We can observe this happening in the example below. 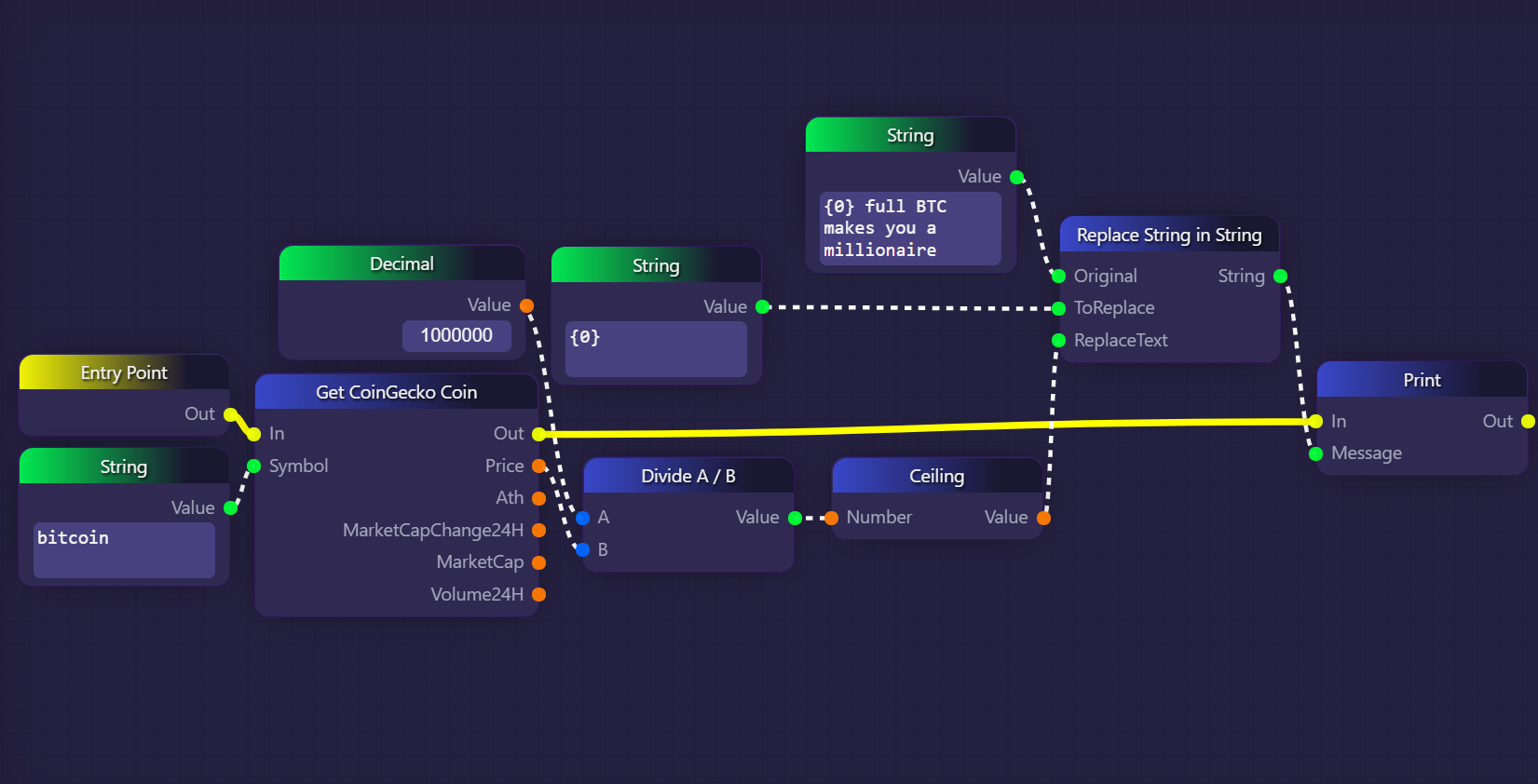 In the example above, we are simply calculating and printing the lowest amount of entire Bitcoins worth at least $1 million at current market price as per CoinGecko.

We use a Get CoinGecko Coin block to fetch the price of Bitcoin once when the graph begins its execution. We then divide 1 million by the current price of Bitcoin using a Divide A / B block. This gives us the true amount of Bitcoin that is equivalent $1 million dollars. For example, if BTC currently costs $35,000, this calculation would result in 28.57 BTC. However, we want the lowest amount of whole BTC worth at least $1 million, which is where our Ceiling block comes in. Once we ceiling this value, we get 29, which is then packed into a short message using a Replace String In String block, and recorded in the graph's logs with a Print block.

Note that the yellow executive output on the Get CoinGecko Coin block is plugged directly into the Print block, which means that this is the next block to be called after the Get CoinGecko Coin block. However, for the Print block to execute, its "Message" parameter must be supplied with a value. This causes the Replace String In String block to resolve, which in turn causes the Ceiling block to resolve (which then causes the Divide A / B block to resolve). This is an example of implicit calling, where a non-executive block is called only when its output is required by some other block's input.

Previous
Subtract A - B
Next
Divide A / B