Like Add Role User blocks, Remove Role User blocks require a Discord connection from a Discord Connector block, a Discord guild (server) ID, a Discord user ID, and a string parameter called "RoleName" that should match the name of a role defined in the server settings on the Discord app.

The following example is fairly involved, as it is an expansion of the example given on the Add Role User page. It is recommended to familiarize yourself with the example on that page before considering this one.

In this example, we have added on the ability for a user to remove their member role by removing their brain emoji reaction. This is achieved by using an On Reaction Removed Message block to detect the particular emoji reaction in question being removed, and a Remove Role User block to remove the Discord role from the user who removed the emoji reaction. 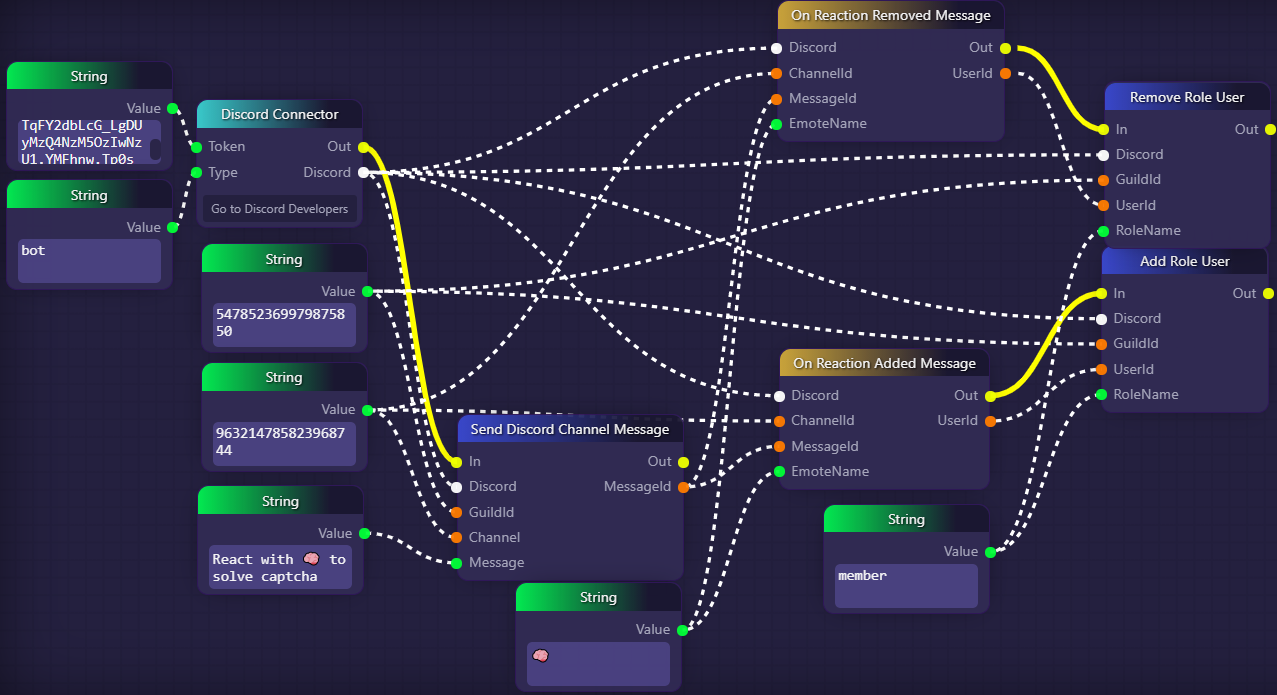