One common use of Discord roles is to hide the contents of a server (except for some kind of waiting room) from users who have not yet passed some kind of captcha. Once a user solves the captcha, they are granted a predefined role that gives them access to the rest of the server.

In addition to requiring a Discord connection as input, Add Role User blocks require a Discord guild (server) ID, a Discord user ID, and a string matching the name of the Discord role we are granting.

The following example is a kind of captcha bot that instructs the user to react to its message with a brain emoji; if they do, then we grant the user a Discord role called "member" using an Add Role User block. It is implied that a Discord role called "member" has been defined on the Discord server which grants general access to the server's contents. 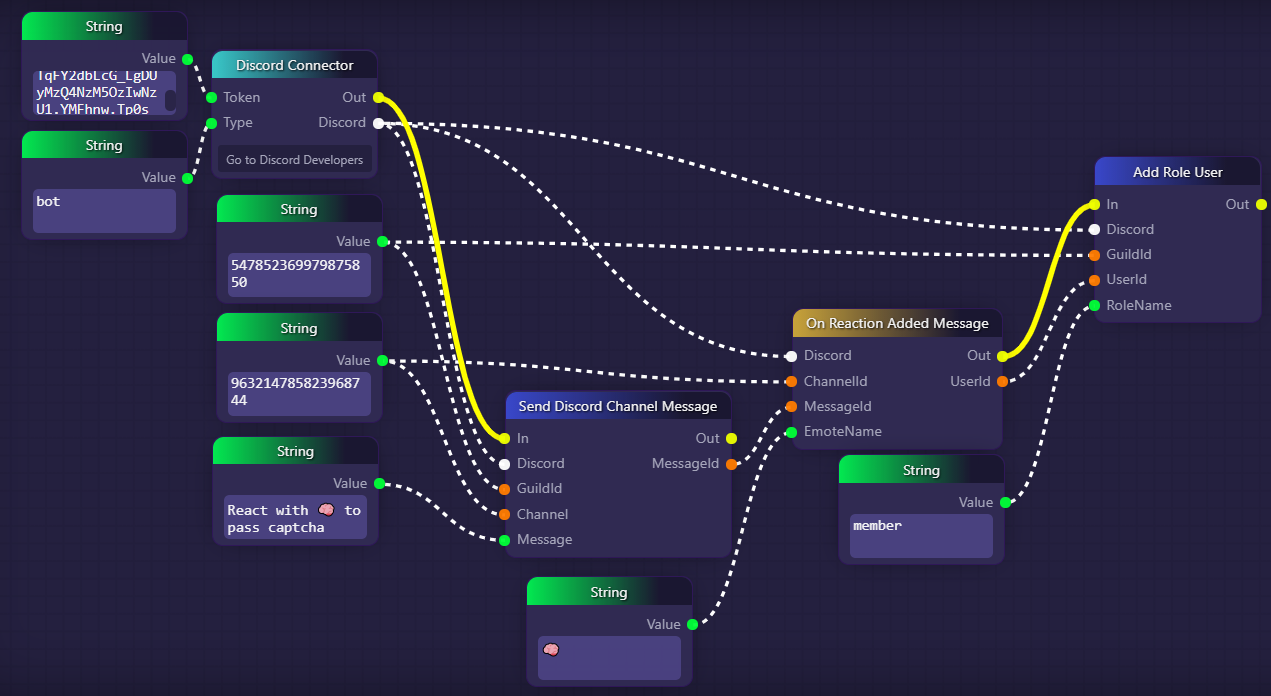 Next, our bot sends a message using a Send Discord Channel Message block, instructing users in the channel to react to the message with a brain emoji.

We then use an On Reaction Added Message block to listen for brain emoji reactions being added to our bot's instructional message.