The Decimal block allows us to enter fractional values (non-integers) into our graphs by linking a Decimal block's output to a decimal type input of another block. Variables of this data type are stored as 64-bit floating-point numbers.

In the following example, we use a Decimal block to specify a limit price of 1.20 USDT for a limit order our graph is going to place for us: 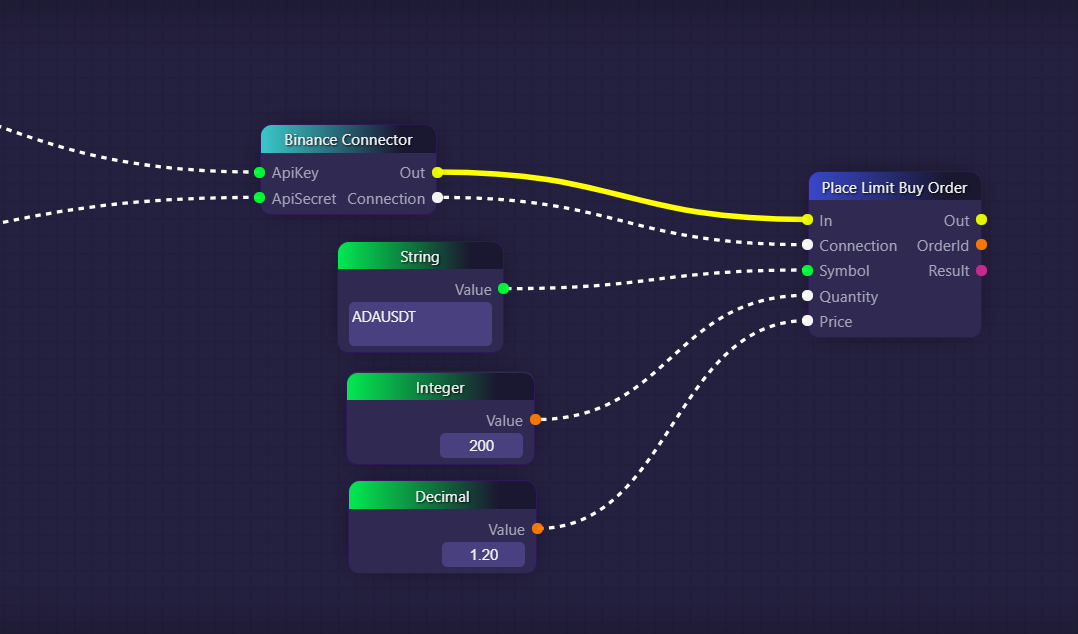 When the above graph is run, it will place a limit order on Binance that will cause 200 ADA to be purchased if the price of ADA gets as low as $1.20. This is an example of using a Decimal block to specify a decimal literal, which is a decimal whose value is known by the developer when they develop the graph, and can therefore be entered directly as we have done with the number 1.20.

As with all the other base variable data types, we can also save decimal values determined at runtime as persistent variables using Set variable blocks, and we can retreive those values later using Get variable blocks.
Previous
Secret String
Next
Integer